How to Survive Trauma Reminders

How to Survive Trauma Reminders 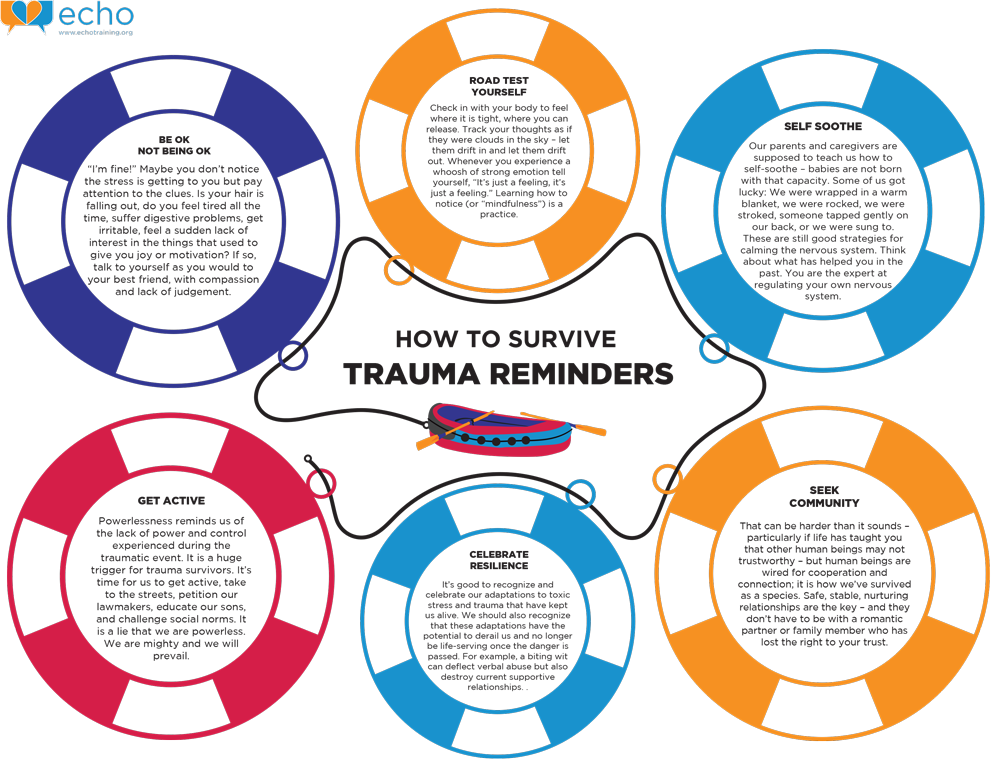 With the Harvey Weinstein trial underway, once again the news coverage is bound to churn up emotions for sexual assault survivors as it did during the Brett Kavanaugh confirmation hearings in 2018. During that time, many of the women around me were subdued and anxious, suffering from migraines or coming down with colds. This was not a coincidence – these are just some of the ways trauma reminders can impact us physically and emotionally.

So assuming we are going to be exposed to ongoing and
extensive reporting on the Weinstein trials for the next couple of months, how do we keep ourselves emotionally regulated and physically healthy?

For me, this trial is personal. I am one of the more than 100 women preyed upon by Harvey. It was not the first time I had been sexually assaulted – sadly, nor was it the last – but he was the only one of my abusers I could not escape. His image was plastered on newspapers and popped up on TV for more than two decades following my assault.

This constant reminder was part of the toxic stress stemming from a long trauma history which ultimately drove me to learn everything I could about trauma and resilience. It also led to our current focus at Echo, which offers training and educational resources for trauma survivors. Since knowledge is power, I want to share some tips with anyone who might need a little support getting through this time.

An earlier version of this article was originally published on Vox.

When Being Trauma-Informed Is Not Enough

When Being Trauma-Informed Is Not Enough

Stories from the Whole School Initiative